Lithium metal has a very high theoretical specific capacity and the lowest oxidation-reduction potential of metal electrodes. It has been widely studied in high specific energy storage systems such as lithium oxygen, lithium sulfur, and solid lithium metal batteries. At present, among the major challenges facing lithium metal, the formation of stable solid electrolyte interface membranes (SEI) and the deposition of dendrite-free lithium dominate. The composition of the SEI film is a key factor determining the stability of the lithium metal anode. Therefore, it is necessary to reasonably control the organic components in the organic-inorganic composite SEI membrane, and to study the structural evolution of the SEI membrane under the interaction with active oxygen, polysulfide or redox mediators. Lithium-oxygen batteries have the highest theoretical specific capacity among existing lithium metal battery systems. It is of great significance to study the growth mechanism of SEI films in an oxidizing environment to obtain high energy utilization efficiency and long cycle life.

To rationally regulate the organic components of the negative electrode SEI membrane of lithium-oxygen batteries, to solve the core problem that the soluble catalyst (also known as redox couples or redox mediators, RMs) undergoes a shuttle effect in lithium-oxygen batteries, resulting in reduced energy utilization efficiency is Objective: The team of Zhang Tao, a researcher at the Shanghai Institute of Ceramics, Chinese Academy of Sciences, proposed to use organic iodine as a dual-functional soluble catalyst. Organic iodine generates SEI film in situ on the surface of lithium metal through reductive ethyl desorption and subsequent oxidation process, which significantly improves the energy utilization efficiency and improves the cycle performance of the battery. Related research results were published in "Nature-Communication" with the title of Anode Interfacial Layer Formation via Reductive Ethyl Detaching of Organic Iodide in Lithium-Oxygen Batteries (Nature Communications, 2019, DOI: 10.1038 / s41467-019-11544-8). The first author of the paper is Zhang Xiaoping, a doctoral student at Shanghai Silicate, and his tutor is Zhang Tao.

There are many types of organic iodine, and iodine combined with organic groups can exist either in the form of ionic bonds or in the form of covalent bonds. In this work, through cooperation with Sun Yiyang, a researcher at the Integrated Computing Materials Research Center of Shanghai Silicate, triethyl iodide sulfur (TESI) was selected as a dual-functional soluble catalyst. The organic cation of triethyl iodide sulfur, TES +, forms diethyl sulfide (DES) on the surface of lithium metal through reduction of ethyl desorption. The desorbed ethyl radical evolves into CH3CO2Li in the presence of oxygen. As the main organic component of SEI film, DES and CH3CO2Li show good flexibility and have excellent affinity with lithium metal. SEI films composed of organic components (DES, CH3CO2Li) and inorganic components (Li2CO3, Li2O, Li2S) are used as lithium ion conductors and electronic insulators, which can not only inhibit the oxidation state of soluble catalysts from reacting with lithium metal, but also conduct lithium The ions significantly inhibit the formation of lithium dendrites, so that the energy utilization efficiency and cycle performance of the battery have been significantly improved.

Recently, Zhang Tao's team has made a series of progress in the research on inhibiting the shuttle effect of soluble catalysts in lithium-oxygen batteries, such as: proposing a new type of dual-functional soluble catalyst-iodotrimethylsilane (TMSI). In the process of charge and discharge, on the one hand, TMSI can self-release I- ions to form redox couples and reduce the overcharge potential; on the other hand, its cationic group TMS + can be silanized with LiOH formed on the surface of the lithium negative electrode by pretreatment Reaction, a stable LiOSi (CH3) 3 protective layer was formed in situ, which effectively inhibited the shuttle effect of I3- / I- and the corrosion of lithium metal by the electrolyte during cycling (J. Mater. Chem. A., 2019, DOI : 10.1039 / c9ta04268g, cover hot paper). In addition, the visualized lithium-oxygen battery was first designed in the previous work. The diffusion of the soluble catalyst oxidation state to lithium metal during charging was observed, revealing the shuttle effect of the redox couple in the lithium-oxygen battery. At the same time, the concept of self-defense redox couple is proposed. InI3 is used as a soluble catalyst to form a layer of lithium-indium alloy on the surface of the lithium anode, which can significantly inhibit the reaction of the soluble catalyst oxidation state I3- with the lithium anode, which improves the battery. Energy efficiency and cycle life (Energy Environ. Sci., 2016, 9, 1024-1030).

Related research work was supported by the National Natural Science Foundation of China, the Chinese Academy of Sciences and Shanghai. 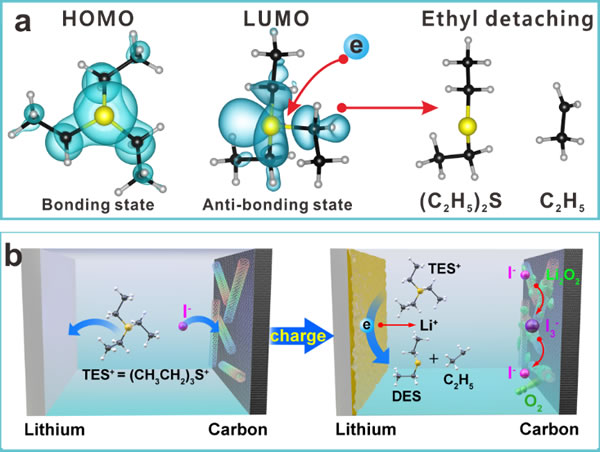 We are good at providing customization according to customer drawings to meet the special requirements of industrial production.

Next: What are the product characteristics of BTTZ mineral insulated cable